another article? I just wrote one…….. what do you mean that was last week?

Let’s be honest, what we want more than anything for Christmas is an MLS team. or if we’ve been a bad child this year, we’ll settle for a USL Pro team.

We’re disgustingly spoiled. 99 years ago, people just wanted to go home. This was a real war on Christmas

There was an unofficial truce on Christmas day in 1914; troops shared cigs and food. They sang carols together and complained that being shot at sucked and they all just wanted to go home. There were also reports of  games of football played in the mud of no mans land in the Western Front. 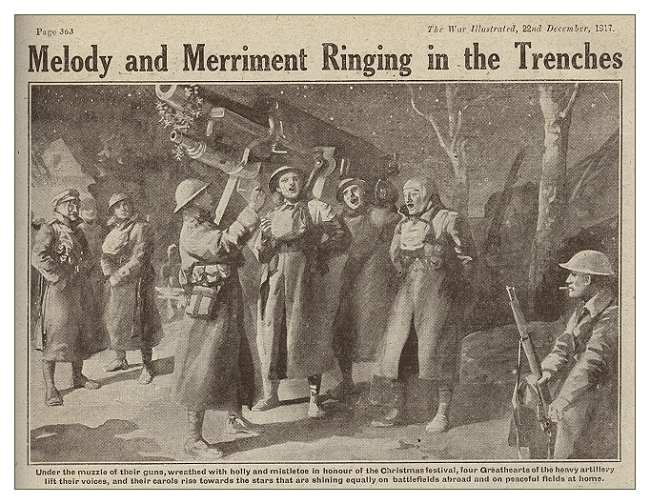 It seems so long ago, in an era of drones, cruise missiles and fighter jets that just a century ago soldiers were living with the stark choices of gangrene from trenchfoot or becoming machine gun fodder. They were always told on both sides the war would be over by Christmas, but it never did. And on the 25th December 1914, possibly the most symbolic games of football ever took place.

Nobody really knows the specifics, but there was a truce and the warring soldiers did meet in no mans land. However where do you find a football and a plot of flat land that isn’t a quagmire in order to play a game? 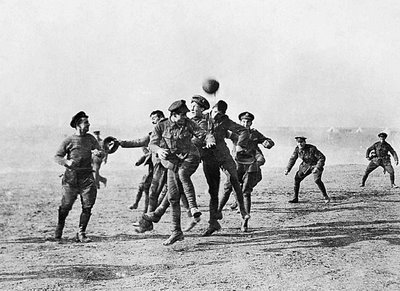 Bolton Chronicle 2nd January 1915: “A very interesting letter has been sent by Mr J A Farrell, a Bolton Post Office employee. The letter is sent to the Post Office and reads: ‘…In the afternoon there was a football match played beyond the trenches, right in full view of the enemy’…” 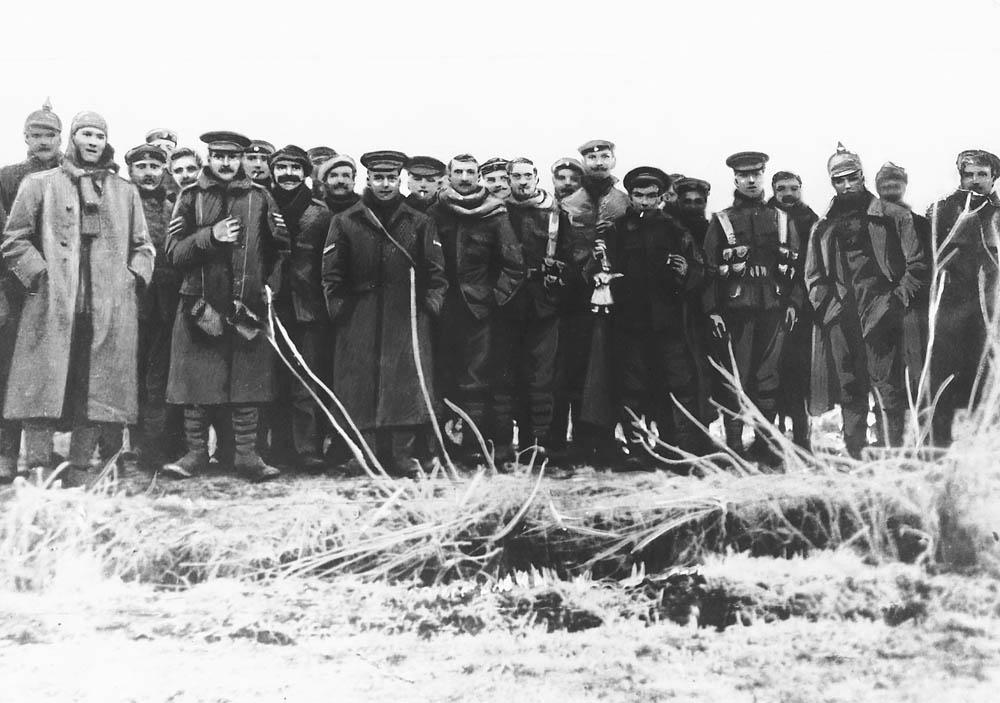 Evening Mail, Newcastle, 31st December 1914: “On Christmas Day one of the Germans came out of the trenches and held his hands up. Our fellows immediately got out of theirs, and we met in the middle, and for the rest of the day we fraternised, exchanging food, cigarettes and souvenirs. The Germans gave us some of their sausages, and we gave them some of our stuff. The Scotsmen started the bagpipes and we had a rare old jollification, which included football in which the Germans took part. The Germans expressed themselves as being tired of the war and wished it was over. They greatly admired our equipment and wanted to exchange jack knives and other articles. Next day we got an order that all communication and friendly intercourse with the enemey must cease but we did not fire at all that day, and the Germans did not fire at us.”

But it makes you think, really, Our trials and tribulations are nothing compared to this. So whether or not we get an MLS team or the Chupacabra’s for Christmas it is irrelevant. Because we’re not about to start shooting at each other from trenches again in the middle of Belgium.

However, in the spirit of giving and Christmas and all that, we’re playing this game with AO at the beginning of January. It doesn’t matter if you’re playing in the game or not. Show up in support, I am sure there will be refreshing times afterwards. Give to the food bank, give what you can. Anything non perishable will be appreciated. Jason and Pat will give you idea of what is accepted. Or straight up donate here http://www.stlfoodbank.org/Donate.aspx

Nicely written, I’ll bet we lost, too. We’ve been shit at penalties since the dawn of time.